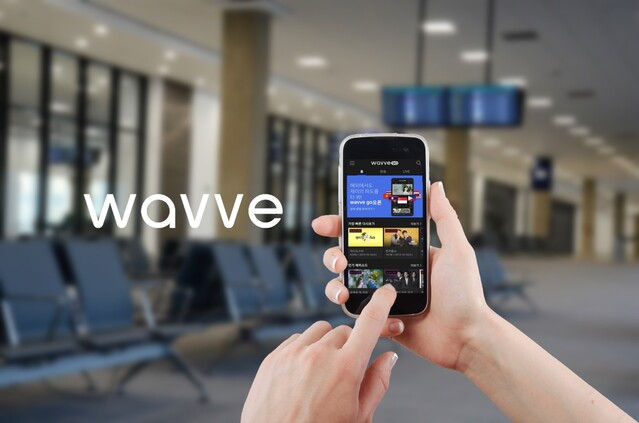 According to the representatives of SK Telecom, the largest shareholder of Wavve, the initial launch of the OTT service was scheduled to serve local citizens of Southeast Asian countries during the first half of 2020. However, this plan was postponed due to the coronavirus pandemic and the strategy shifted to penetrate the U.S. market instead of Southeast Asia.

In October 2019, Wavve introduced "Wavve Go," a service for Koreans traveling to seven Southeast Asian countries. This service allows existing Korean subscribers to use the wavve service during their travel. By doing so, the company estimated the possibility of success and tested the water.

However, Wavve internally analyzed that it will be more beneficial to approach the U.S. than Southeast Asia due to its cost and profit outlook. In order to provide service to Southeast Asian countries such as Singapore, Indonesia, Malaysia, the Philippines, Vietnam, Laos, and Thailand, different subtitles should be provided for each language. Moreover, the monthly fee for OTT subscription in Southeast Asia is much lower than the U.S. Therefore, it cannot generate as much profit as expected, and a shift to strategy was needed.

In the U.S., there are many households subscribing to OTT service as it is cheaper than the fee of IPTV, which is usually over 100 USD. However, the subscription fee to OTT service in the U.S is still higher than Southeast Asia. Moreover, as there are a considerable amount of foreign OTTs that have entered Southeast Asia, the market competition is rather fierce.

For instance, Netflix and Disney+ are fighting over the Indian market by offering lower prices than each other. Hence, Wavve altering its strategy is appropriate to be a starting point to expand globally.

According to Statista, a global statistics research firm, Netflix's sales per subscriber (ARPU) of the second quarter was $14.54, whereas the Asian region only reached $9.74. When Disney+ entered the Indian market back in March 2019, Netflix launched a plan for 199 INR, which is only half the lowest price of Disney+, 499 INR.

Wavve is currently seeking to register trademark rights in the U.S. It is expected to provide service under a different name as a trademark "Wavve" is already occupied by another country.