Korean OTT Industry is in Desperate Need of Regulation Establishment 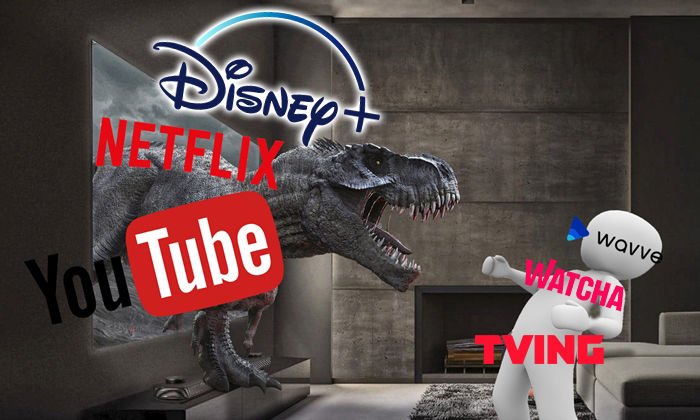 More and more people are watching dramas and movies through online video services (OTT), including Netflix, Wave, TVing, and Watcha. As Disney+ (Plus) confirmed its launch in Korea in November, fierce competition in the OTT market is expected, and some people are pointing out that OTT in Korea should also have an organized system.

During the global third-quarter earnings conference call on the 13th, Disney announced that Disney+ will start its official services in Hong Kong and Taiwan, and Korea, in November this year, signaling a major shift in the OTT industry.

Disney+ has Disney, Marvel, Pixar, Star Wars, National Geographic content and Simpson series, which are popular around the world.

As Disney+ is considered a counterpart of Netflix, prospective viewers are already emerging to compare their content. However, there are no Korean OTT considered to be a threat to them.

While the foreign OTT platforms are making a winning move with various contents, the Korean platforms are busy fighting against an issue completely remote from the competitive market due as the industrial system is not yet established.

Recently, three companies, Wave, Tving, and Watcha filed a lawsuit with the Seoul Administrative Court on the 5th to cancel the Ministry of Culture, Sports and Tourism's Amendment to the Regulations on Collecting royalties for musical Copyrights.

In July last year, the Korea Music Copyright Association (KOMCA) established a new clause called "Video Transmission Service" that will be applied to OTT, raising the music copyright rate from 1.5% of sales this year to 1.9995% by 2026.

The Ministry of Culture, Sports and Tourism approved the revision without consultation with related industries, and the three OTT companies, Wave, Tving and Watcha, protested and filed an administrative lawsuit.

While Korean OTT platforms waste their time in a legal battle with the government, foreign OTT has deeply rooted in the domestic market. Although the OTT market has grown at a rapid rate and has become close to the public, regulations and systems to support the growth are still weak.

Since OTT is an Internet-based service in Korea, its binding laws are different from the regular broadcasting laws.

If any problem occurs, they scapegoat each other rather than providing a solution.

The time has come to establish standards and regulations to manage the raising industry under one ministry. It is a way to support the domestic OTT platform to stand against foreign OTT platforms in such a competitive market.