Who would be the Netflix in Asia? 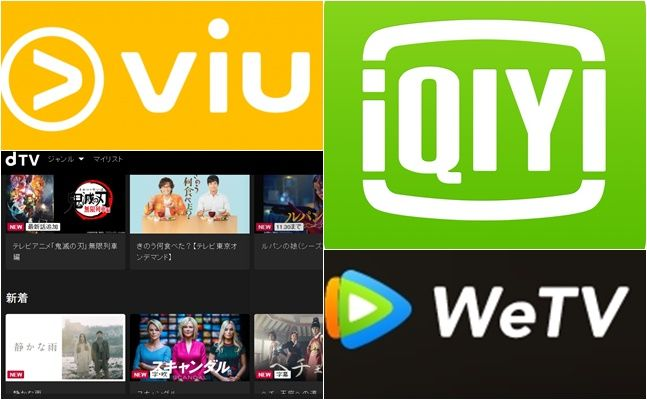 With Netflix’s global success, OTT(Over-The-Top) has become the center of the content business, from production to distribution. While global OTTs are implementing strategies to benchmark or catch up with leading Netflix, Asian OTTs are expanding with their localization strategies, technology, and overseas content supply and demand.

Hong Kong's largest telecommunication company PCCW’s OTT platform VIU was launched in 2016 and is in service in 17 countries in Southeast Asia and the Middle East, and has more paid subscribers than Netflix in Southeast Asia. The monthly number of users (MAU) of the view in 2019 was 41.4 million, up 35% from the previous year, and the total viewing time of COVID-19 increased by 274%.

From the beginning of the service, VIU recognized K-content as core competitiveness and signed a contract with three terrestrial broadcasters in South Korea regarding the SEA rights to take a monopoly on the period and devise a survival strategy. The number of subscribers has increased significantly without significantly increasing the cost burden by making the contract period short while servicing the content exclusively.

In Vietnam, the local OTT FPT Play was the most widely used in its country. According to a survey conducted by Q&Me, a Ho Chi Minh market research firm, FPT Play had 39% while Netflix had 23% of the total market share. Vietnam has 36 companies providing OTT service, including K+ subsidiary of the satellite digital TV, ZingTV run by online game giant VNG, and OTT TV Tcab ON operated by the leading terrestrial broadcaster VTC, while China's OTT WeTV and iQIYI are emerging as new powerhouses in Vietnam with low subscription fees.

Vietnam is one of the markets where the need for Korean content is strong, but recently, it has been striving to secure rights for Chinese movies because a new wave of C-content is forming.

China has prevented foreign OTT platforms such as YouTube, Netflix, and Amazon Prime from entering the country. As a result, China's OTT platform and content were able to grow strong for 10 years in the absence of strong competitors.

The 3 big players are WeTV(Tencent), iQIYI, and Youku. WeTV and iQIYI are also showing an increasing subscription base in Southeast Asia by servicing strong Korean content. iQIYI also officially announced that it will enter the Korean market.

Japan is one of the countries where global OTT is used more than local OTT. While Amazon Prime ranks first with more than 17.7 million subscribers and Netflix second with 5.4 million, Japan's leading OTT, Hulu, has 2.6 million members. U-NEXT has 1.7 million and dTV has 1.6 million members.

As NTT Docomo, the parent company of dTV, is led by Avex Management(one of the biggest entertainment companies in Japan), it is also starting to produce original content using celebrities of the Avex Group.

Competition between global OTTs and local OTTs in Asia to dominate the subscription base in the Asian market is expected to intensify. It would be important to keep an eye on what new opportunities this competition will bring to the content market.